I’ve never been on a football pitch at half time so it was quite an experience to emerge from the tunnel at West Bromwich Albion‘s home ground, “The Hawthorns“, late last year to a packed stadium.

I was there to shoot some “behind the scenes” images for film company Pixel Revolution and director, Nigel Davey as they filmed the presentation of a special ceremonial golden key to lifelong Albion fan, “Blind Dave” Heeley for their film about his life.

Fundraiser Dave’s most notable achievement was his completion of seven (yes, SEVEN) marathons on seven continents in seven days. Which rather put my brisk walk out of the tunnel into context.

Whilst waiting for our quick dash onto the pitch, we were based in the media room and had the opportunity to meet Chris “Kammy” Kamara, who kindly agreed to say a few words for the film and pose (briefly) for a couple of photos. 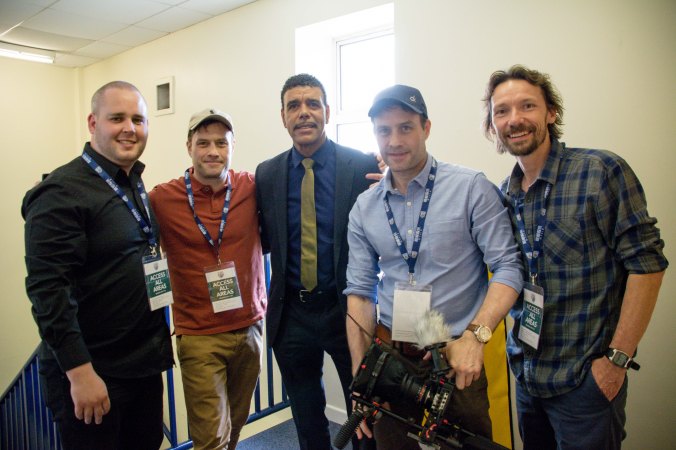 You can find out more about the film here.