Some shoot concepts lodge themselves in my imagination for years before I actually get around to making them happen. Such was the case with the “Bondesque” studio evenings that I ran at FOTO-CLUB  recently. I’d long since decided that model Mark Hoban would make a great James Bond  and when I mentioned the idea to him he was very keen to take part. Luckily, the lovely Sasha also agreed to be our “Bond Girl“.

I ran “Bondesque” over two evenings: the first featured Mark (as Bond), and Sasha. The second evening featured Mike, a very charismatic model I’d worked with before as the “Bond Villain” and Liliana (another favourite at the studio) as the other Bond Girl.

I haven’t edited the images yet (it’s been a busy couple of weeks) but I did manage to plan a sort of sequel – this time on location, complete with a car, and again with Mark as Bond. Here’s the details… 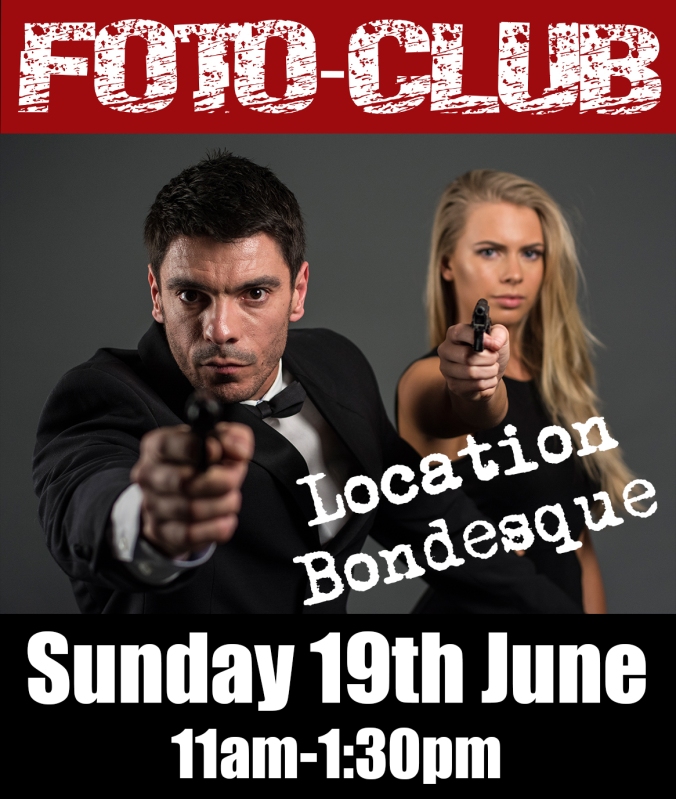 The cost is £90 (£75 for FOTO-CLUB members) and before the event had even been added to my website, half the places had been taken. If you’d like to join us, get in touch.